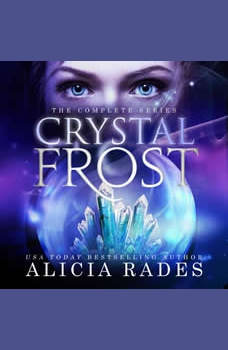 At age 15, Crystal Frost discovers she can see into the future, witness the past, and speak with the dead. Secrets begin to uncover themselves wherever she goes, but secrets can be dangerous. The lives of a classmate, a child, a stranger, and Crystal herself hang in the balance. If she doesn't embrace her psychic abilities and follow her instinct, she's not the only one who will get hurt.