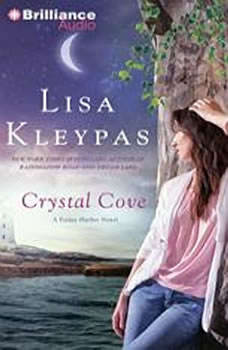 Justine Hoffman has made a comfortable life for herself on the island of Friday Harbor. She is the proprietor of a successful boutique hotel, and she has the safe, predictable life she has always wanted. Growing up with her flighty, nomadic mother, Marigold, has instilled in her a deep longing for stability. But in spite of everything Justine has achieved, there is still something missing. Love. And after years of waiting and dreaming, she is willing to do whatever it takes to change her destiny.What Justine soon discovers is that someone cast a spell on her when she was born, with the result that she will never find her soul mate. Determined to change her fate, Justine finds a way to break the enchantment, never dreaming of the dangerous complications that will follow.And when Justine meets the mysterious Jason Black, she accidentally unleashes a storm of desire and danger that threatens everything she holds dear…because Jason has secrets of his own, and he wants more from her than fate will ever allow.“Bestselling Kleypas proves that she has perfected her recipe for emotionally nourishing, richly rewarding love stories.” —Booklist (starred review) on Dream Lake

I was really enjoying the storyline with the curse and the witchcraft and the B&B. I think that Kleypas is an excellent writer. However, I personally have a problem with the impossibly good looking hero and the average looking heroine. The intimate scenes were a little to frequent and explicit for my liking as well. It just seemed a little forced and unnecessary. For some people, that might sound like exactly what you need and if so, youll love this book. It is well written and packed with drama and sex.