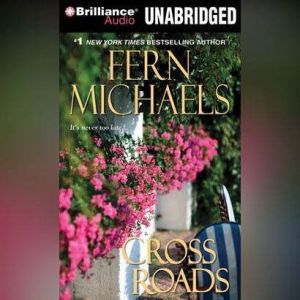 It’s been a year and a half since the women of the Sisterhood received their presidential pardons, but the freedom they craved has come at a high price. The impossibly lucrative positions handed out to them by the mysterious Global Securities company have turned out to be golden handcuffs — scattering them around the world, cutting off communication, and leaving them in miserable isolation. But a happy homecoming at the old Virginia farmhouse is marred by the hijacking of Nikki and Kathryn’s private jet. It seems their few fellow passengers are not ordinary travelers — they’re an elite group of Interpol agents who urgently need the Sisterhood’s help. Now the ladies face a stark choice: resume their vigilante status for one of their most hazardous assignments yet, or try to outwit a group of powerful adversaries willing to use truly desperate measures. This time, everything is in the balance — their lives, their friendship, and the freedom they fought so hard to gain… Praise for Fern Michaels and her Sisterhood novels… “Revenge is a dish best served with cloth napkins and floral centerpieces…fast-paced…puts poetic justice first.” — Publishers Weekly on Payback “Delectable…deliver[s] revenge that’s creatively swift and sweet, Michaels-style.” — Publishers Weekly on Hokus Pokus