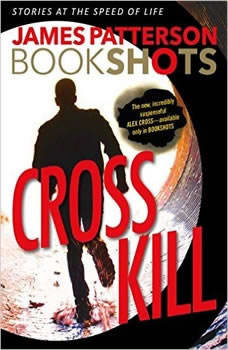 Alex Cross, I'm coming for you--even from the grave if I have to. Along Came a Spider killer Gary Soneji has been dead for over ten years. Alex Cross watched him die. But today, Cross saw him gun down his partner. Is Soneji alive? A ghost? Or something even more sinister?Nothing will prepare you for the wicked truth.BookShotsLIGHTNING-FAST STORIES BY JAMES PATTERSONNovels you can devour in a few hoursImpossible to stop listeningAll original content from James Patterson

"Christina Delaine delivers a thrilling performance of this high-stakes hunt for a killer...Notably, Delaine's sensitive portrayal of a young man with a speech impediment adds emotional depth, while her depiction of the elusive Lizard King generates...