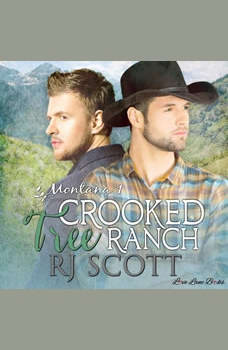 When the cowboy meets the guy from the city, he knows everything will have to change.

On the spur of the moment, with his life collapsing around him, Jay Sullivan answers an ad for a business manager with an expertise in marketing, on a dude ranch in Montana.

With his sister, Ashley, niece, Kirsten and nephew, Josh, in tow, he moves lock stock and barrel from New York to Montana to start a new life on Crooked Tree Ranch.

Foreman and part owner of the ranch, ex rodeo star Nathaniel 'Nate' Todd has been running the dude ranch, for five years ever since his mentor Marcus Allen became ill.

His brothers convince him that he needs to get an expert in to help the business grow. He knows things have to change, but when the new guy turns up, with a troubled family in tow - he just isn't prepared for how much.