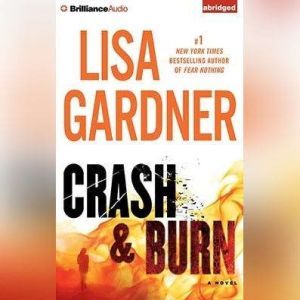 In the new novel by the #1 New York Times bestselling “master of psychological suspense,”* featuring a cameo by fan-favorite Boston detective D. D. Warren, memories can be murder....Nicole Frank shouldn’t have survived the car accident, much less the crawl up the steep ravine. One thought allows her to defy the odds and flag down help—she must save Vero.If the girl even exists.Arriving at the scene, Sergeant Wyatt Foster joins the desperate hunt for a missing child, only to learn that Nicky suffers from a rare brain injury that causes delusions. According to her husband, there is no child. Never has been. And yet Nicky remains adamant. She must save Vero.For Wyatt and investigator Tessa Leoni, nothing about this case is simple. It turns out Nicky has recently suffered more than one close accident. Is she indeed delusional, as her husband claims, or perhaps she knows more than she thinks? Because clearly someone out there won’t rest till Nicky crashes and burns....*The Associated Press