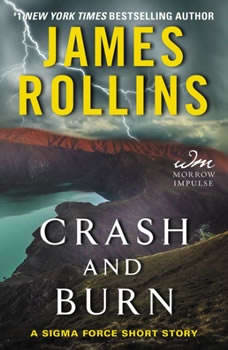 From #1 New York Times bestselling author James Rollins comes a shocking short story, where a chance mishap leads to the discovery of a weapon like no other in . . . Crash and Burn.On a transatlantic flight, the two black sheep of Sigma Force—Seichan and Kowalski—must set aside their mutual dislike as a mysterious fiery force knocks their aircraft out of the sky. This unlikely duo must use every skill, weapon, and bit of ingenuity to survive a night on a remote volcanic island, where their only refuge is the haunted, bat-plagued grounds of a seemingly deserted resort. But something horrific awaits the two, something born of the latest science but rooted in our basest human instincts. To survive they will need to learn to work together—but even then, it may be too late.