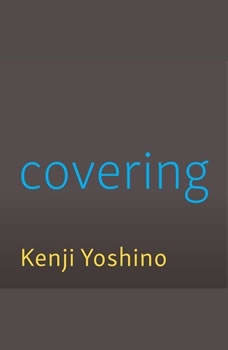 Covering: The Hidden Assault on Our Civil Rights

Everyone covers. To cover is to downplay a disfavored trait so as to blend into the mainstream. Because all of us possess stigmatized attributes, we all encounter pressure to cover in our daily lives. Given its pervasiveness, we may experience this pressure to be a simple fact of social life. Against conventional understanding, Kenji Yoshino argues that the demand to cover can pose a hidden threat to our civil rights. Though we have come to some consensus against penalizing people for differences based on race, sex, sexual orientation, religion, and disability, we still routinely deny equal treatment to people who refuse to downplay differences along these lines. Racial minorities are pressed to "act white" by changing their names, languages, or cultural practices. Women are told to "play like men" at work. Gays are asked not to engage in public displays of same-sex affection. In a wide-ranging analysis, Yoshino demonstrates that American civil rights law has generally ignored the threat posed by these covering demands. With passion and rigor, he shows that the work of civil rights will not be complete until it attends to the harms of coerced conformity.

Virginia patriot and jurist John Marshall wrote the first authorized biography of George Washington, Commander-in-Chief of the Continental Army, first President of the United States and Father of His Country. Published from 1804 through 1807 and sol...