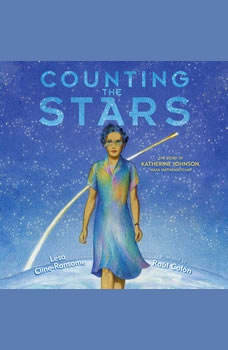 Counting the Stars: The Story of Katherine Johnson, NASA Mathematician

Before John Glenn orbited the Earth or astronauts walked on the moon, a group of dedicated female mathematicians known as human computers used their knowledge, pencils, adding machines, and writing paper to calculate the orbital mechanics needed to launch spacecraft. Katherine Johnson was one of these mathematicians who used trajectories and complex equations to chart the space program. Even as Virginias Jim Crow laws were in place in the early 1950s, Katherine worked analyzing data at the NACA (later NASA) Langley laboratory. In 1962, as NASA prepared for the orbital mission of John Glenn, Katherine Johnson was called upon, and John Glenn said get the girl (Katherine Johnson) to run the numbers by hand to chart the complexity of the orbital flight. He knew that his flight couldnt work without her unique skills. President Barack Obama awarded Katherine Johnson the Presidential Medal of Freedom in 2015, and her incredible life inspired the Oscar-nominated film Hidden Figures.

Inspired by the #1 New York Times bestseller She Persisted by Chelsea Clinton and Alexandra Boiger comes a chapter book series about women who stood up, spoke up and rose up against the odds!Before Rosa Parks famously refused to give up her seat on ...

Just a Lucky So and So
by Lesa Cline-Ransome

Louis Armstrong has been called the most important improviser in the history of jazz. Although his New Orleans neighborhood was poor in nearly everything else, it was rich in superb music. Young Louis took it all in, especially the cornet blowing...

Pourin' Down Rain
by Cheryl Foggo

The 30th anniversary edition of Cheryl Foggo’s landmark work about growing up Black on the Canadian prairiesCheryl Foggo came of age during the 1960's in Calgary, a time when a Black family walking down the street still drew stares from everyo...

Mama Used to Say
by Hannibal B. Johnson

In Mama Used to Say, Hannibal Johnson flawlessly captures the collective wisdom passed from generation to generation with a beguiling blend of wit, wisdom, and insight. Following each of the heartwarming nostalgic narratives are the most quotab...