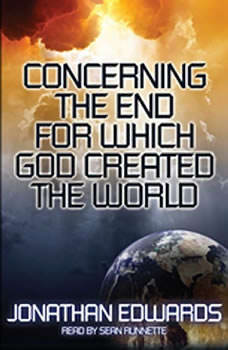 Concerning the End for Which God Created The World

Jonathan Edwards dissertation concerning the ultimate reason that God made the world. One of several pieces written by the brilliant theologian so that a large number readers might understand complicated theological issues. Jonathan Edwards (1703-1758) is a towering figure in American history. A controversial theologian and the author of the famous sermon Sinners in the Hands of an Angry God, he ignited the momentous Great Awakening of the eighteenth century.

10 Mistakes People Make About Heaven, Hell, and the Afterlife
by Mike Fabarez

What's the Truth About Eternity?The afterlife seems like the great unknown. Human imagination and Hollywood have come up with many speculations about what lies beyond. How can we set aside the misconceptions and find the truth?What are the strai...

A survey and critique of the eschatological aspects of non-Evangelical Protestant and Roman Catholic thinkers -Altizer and the "Death of God," de Chardin and "Process Theology," and Moltmann and "Theology of Hope."

It’s hard to look at the headlines, see the continuing turmoil in the Middle East and the decline of society here in the United States, and not think that we are living in the end times. The prophetic stories of the Bible seem to be happening ...

If any of us learned we were going to move to a foreign country, we'd do everything we could to learn about that place so that we'd be prepared when moving day arrived. As Christians, we know some day we will leave our familiar country and b...

Heaven may not be what you think it is.We often think of heaven in two extremes: It’s either a dreamy existence where we float around on clouds with nothing much to do, or it’s something far off in the future that we don’t want to ...

When the Lion Roars
by Carl Gallups

Inspired by the best-selling book Heaven, Life Promises for Eternity provides listeners with more than 100 brief, inspirational readings on the topic of Heaven and the New Earth. Each reading is coupled with a trio of complementary Bible verses desi...