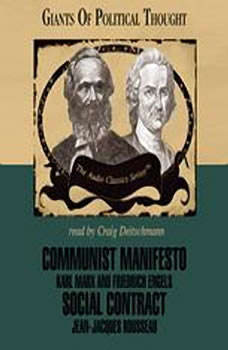 In his Communist Manifesto, Karl Marx argued that history flows inevitably toward a social revolution, which will result in a society without economic classes. Rousseaus Social Contract fanned the flames of the French Revolution with his controversial explanation of social authority as an implied contract between people and government.