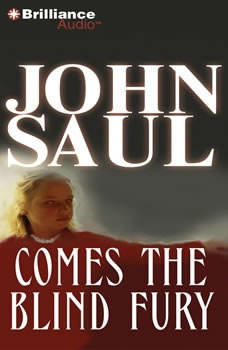 Amanda: A century ago, a gentle blind girl walked the cliffs of Paradise Point. Then the children came - taunting, teasing - until she lost her footing and fell, shrieking her rage to the drowning sea... Michelle: Now Michelle has come from Boston to live in the big house on Paradise Point. She is excited about her new life, ready to make new friends...until a hand reaches out of the swirling mists - the hand of a blind child. She is asking for friendship...seeking revenge...whispering her name...

A Rare Live Stephen King Recording! Stephen King delivers a haunting, heartfelt performance as he shares a story about the bonds between husbands, wives and pets. LT has a theory about pets, particularly his Siamese cat. It had been their cat not ...

Punish the Sinners
by John Saul

Italy, 1252Inquisition. Accusation. Fear. Torture. The guilty and the innocent dying for sins real and imagined, in the flames of the burning stake…Neilsville, 1978Peter Balsam has come to this sleepy desert town to teach its youth, and finds ...