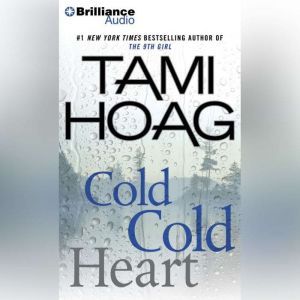 A thrilling novel from #1 New York Times bestselling author Tami Hoag, “one of the most intense suspense writers around” (Chicago Tribune).Dana Nolan was a promising young TV reporter until a notorious serial killer tried to add her to his list of victims. Nearly a year has passed since she survived her ordeal, but the physical, emotional, and psychological scars run deep. Struggling with the torment of post-traumatic stress syndrome, plagued by flashbacks and nightmares, Dana returns to her hometown in an attempt to begin to put her life back together. But home doesn’t provide the comfort she expects.Dana’s harrowing story and her return to small-town life have rekindled police and media interest in the unsolved case of her childhood best friend, Casey Grant, who disappeared without a trace the summer after their graduation from high school. Terrified of truths long buried, Dana reluctantly begins to look back at her past. Viewed through the dark filter of PTSD, old friends and loved ones become suspects and enemies. Questioning everything she knows, refusing to be defined by the traumas of her past, Dana seeks out a truth that may prove too terrible to be believed.…

Born in Cresco, Iowa and raised in Harmony, Minnesota…Tami Hoag knew she wanted to be a writer at a very young age. Her first job after graduating from high school was in the La Crosse Tribune circulation department. Before publishing her first novel, she also worked as a photographer's assistant, trained show horses, and sold designer bathroom accessories. She began her career as an author in 1988, writing category romances for the Bantam Books Loveswept Line. After several years of success in that field, Hoag switched her focus to single-title suspense novels. She has had thirteen consecutive New York Times bestsellers, including five in a 20-month span. Her novel Night Sins became a TV miniseries starring Valerie Bertinelli and Harry Hamlin.

Hoag and three other authors who made the leap from romance to thrillers at roughly the same time (Eileen Dreyer, Elizabeth Grayson and Kimberly Cates) have formed a group they call the Divas. The group provides support and encouragement for each other, and Hoag often thanks them in the acknowledgement section of her books.

Tami Hoag currently lives in Palm Beach County, Florida where she is also known as a top competitive equestrian in the Olympic discipline of dressage. Other interests include the study of psychology, and mixed martial arts fighting.