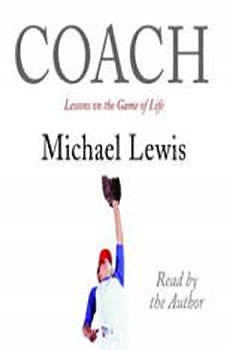 Coach: Lessons on the Game of Life

“There are teachers with a rare ability to enter a child’s mind;
it’s as if their ability to get there at all gives them the right to stay forever.”

There was a turning point in Michael Lewis’s life, in a baseball game when he was fourteen years old. The irascible and often terrifying Coach Fitz put the ball in his hand with the game on the line and managed to convey such confident trust in Lewis’ ability that the boy had no choice but to live up to it. “I didn’t have words for it then, but I do now: I am about to show the world, and myself, what I can do.”

The coach’s message was not simply about winning, but about self-respect, sacrifice, courage, and endurance. In some ways, and even now, thirty years later, Lewis still finds himself trying to measure up to what Coach Fitz expected of him.

Chasing the Dream
by Joe Torre

"Maybe the good Lord was just waiting for me to put on the pinstripes."When Joe Torre was fired as manager of the St. Louis Cardinals in 1995, he thought his career in baseball was over. After more than three decades and 4,200 games as a player...

When he became a father, Michael Lewis found himself expected to feel things that he didn’t feel, and to do things that he couldn’t see the point of doing. At first this made him feel guilty, until he realized that all around him fathers...