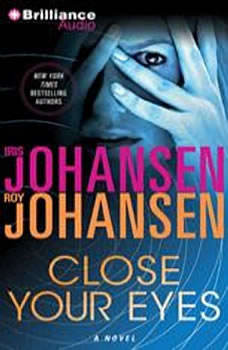 A music therapist who thrives on helping others, Kendra Michaels cherishes the ordinary life she has achieved after stem cell surgery restored her sight. The skills she perfected during those sightless years—the ability to pick up the most subtle audio, olfactory, and tactile cues in the world around her—coupled with her laser-sharp mind have made her a uniquely potent observer and problem solver. Kendra’s uncanny way of connecting the dots is as baffling to law enforcement as it is legendary.When former agent Adam Lynch, known as the Puppetmaster, approaches her about a possible serial murder case, she is determined to steer clear. But he’s a notorious manipulator, skilled at handling criminals and colleagues alike to get the results he wants. And now he holds a trump card: The latest possible victim is Kendra’s ex-lover, an FBI agent who vanished without enough clues to follow—unless Kendra can pick up the trail. And if she can’t, she just might close her eyes again...forever.