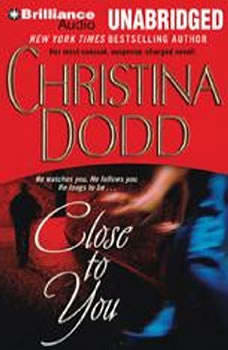 Caitlin Prescott was only a baby when her parents disappeared. Adopted by a wealthy Texas oil family, she became Kate Montgomery, and grew up with no memory of her parents or her two older sisters and brother, who have been searching for her, hoping to right a terrible wrong that was committed twenty-two years ago in a small Texas town.Now an ambitious young news reporter, Kate realizes she is being stalked soon after landing her dream job at an Austin TV station. Why did a car try to run her down? Who would want to kill her? Turning her precarious situation into a story, she takes on a bodyguard and follows him on the job. But she didn’t plan on the cool, blade-sharp strength of Teague Ramos or the attraction that sizzles between them. When Teague connects the death of an Austin socialite to unanswered questions about Kate’s childhood, she finds herself unlocking dangerous doors to her past. Now, with only her mysterious bodyguard to protect her, Kate is on a high-stakes chase that may lead her to the family she has never known—or into the trap of a ruthless killer.

This was a good finale to this trilogy. The author could really keep going with these characters, though.