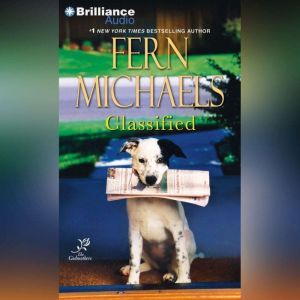 #1 New York Times bestselling author Fern Michaels returns to the beloved Godmothers, as the irrepressible Toots and her dear friends Sophie, Ida, and Mavis face new triumphs and challenges the way they face everything—together....Teresa “Toots” Amelia Loudenberry is a wealthy woman by anyone’s standards. But the riches that mean most to her are the loving friends and family she’s accumulated over the course of a life well lived. And now that her daughter, Abby, has married her beau Chris and settled down near Toots in Charleston, life is even more satisfying than the delicious pralines sold at Toots’s bakery, The Sweetest Thing.Abby isn’t the only one enjoying a little romance. Toots’s friendship with Dr. Phil Becker has grown unexpectedly close…and that brings both joy and complications. It’s one thing for a lady to be a little vague about her age, but Toots hasn’t been entirely honest with Phil about the number of marriages in her past. Frankly, after burying eight husbands, Toots suspects she should end her relationship rather than jinx Phil, too.As a distraction from her personal dilemma, Toots throws herself into helping Abby and Chris open an animal rescue on their plantation. And then another diversion hits—this one deadly serious. Two young children have disappeared after visiting The Sweetest Thing, and police are combing Charleston with no trace. Toots immediately enlists Ida, Sophie, and Mavis to help in the search. But as Sophie’s psychic abilities draw them closer to the culprits, they realize the stakes are much higher than they ever could have imagined. Courage, love, trust, and daring have brought the Godmothers to where they are today, and they have never needed those qualities—or each other—more....