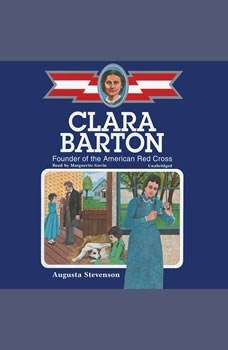 Young Clara Barton is shy and lonely in her early days at boarding school. She is snubbed by the other girls because she doesn't know how to talk to them. But when she gets an opportunity to assist the local doctor, her shyness disappears, and Clara begins to discover her true calling as a nurse. When her beloved dog, Patch, is run over by a wagon, Clara nurses him back to health. Clara will grow up to become the founder of the American Red Cross and the most famous woman in America! Geared for children ages eight and up, the Childhoods of Famous Americans series is lively and inspirational, an ideal way to sweep today's young reader into the era of America's historical heroes.