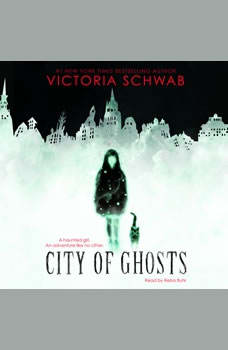 From #1 NYT bestselling author Victoria Schwab comes a sweeping, spooky, evocative adventure, perfect for fans of "Stranger Things" and Miss Peregrine's Home for Peculiar Children. Ever since Cass almost drowned (okay, she did drown, but she doesn't like to think about it), she can pull back the Veil that separates the living from the dead . . . and enter the world of spirits. Her best friend is even a ghost. So things are already pretty strange. But they're about to get much stranger. When Cass's parents start hosting a TV show about the world's most haunted places, the family heads off to Edinburgh, Scotland. Here, graveyards, castles, and secret passageways teem with restless phantoms. And when Cass meets a girl who shares her "gift," she realizes how much she still has to learn about the Veil -- and herself. And she'll have to learn fast. The city of ghosts is more dangerous than she ever imagined. NYT bestselling author Victoria Schwab delivers a thrillingly spooky and action-packed tale of hauntings, history, mystery, and the bond between friends (even if that friend is a ghost . . .).