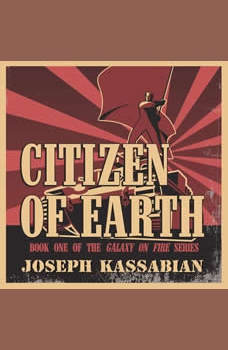 Vincent Solaris is a teenage malcontent who barely graduated from the Detroit District Six School of Ethics. His unplanned future changes dramatically when he is arrested and charged with crimes against the Central Committee. Rather than being put to death, he is sentenced to three years in the Earth Defense Forces.

Relieved by this twist of fate, Vincent is sent off to train at the local Replacement Depot. But any dreams of him lazing away his years of servitude are shattered when an alien horde called the Alliance attacks. On their way to the harsh killing fields of war, Vincent meets Fiona, a Martian gangster serving a life sentence. Together, they must find a way to survive against the most terrifying foe humanity has ever seen.