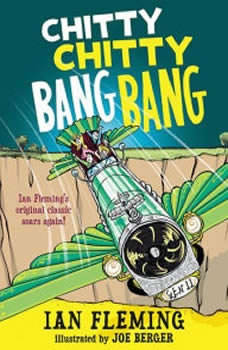 "Crackpot" is what everybody calls the Pott family. So when they go to buy a new car and come back with a wreck, nobody is surprised-except for the Potts themselves. First, the car has a name, and she tells them what it is! Then they find out that she can fly ... and swim. Chitty Chitty Bang Bang is a car on a mission to stop a criminal gang in its tracks-and she's taking the Potts with her. Jump into the world's most loved magical car for her first adventure.Includes an interview with David Tennant