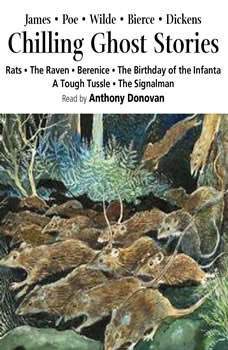 A chilling collection of ghost stories containing Rats by M. R. James, The Raven and Berenice by Edgar Allan Poe, The Birthday of the Infanta by Oscar Wilde, A Tough Tussle by Ambrose Bierce and The Signalman by Charles Dickens. In Rats, Mr Thompson comes to regret his decision to investigate a locked room in a country inn, and in The Signalman, the subject of the story is haunted by ghostly appearances that always precede tragic events.