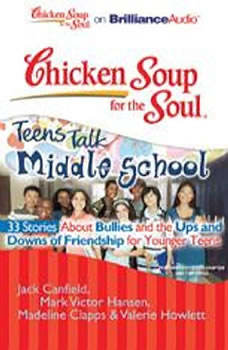 Chicken Soup for the Soul: Teens Talk Middle School - 33 Stories about Bullies and the Ups and Downs of Friendship for Younger Teens