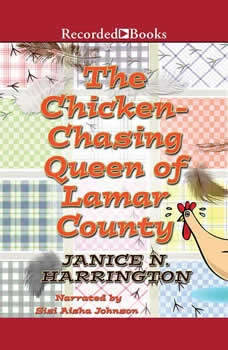 Award-winning author Janice N. Harrington presents a book about a spunky girl with a bad habit. Meet the Chicken-Chasing Queen of Lamar County. Almost the first thing she thinks about every morning is chasing the farm's chickens. She sneaks up on them real slow, then . SQUAWK! But the Chicken- Chasing Queen is about to learn why the prettiest hen on the farm doesn't want to get caught.

The Haymeadow
by Gary Paulsen

Fourteen-year-old John Barron is asked, like his father and grandfather before him, to spend the summer taking care of their sheep in the haymeadow. Six thousand sheep. John will be alone, except for two horses, four dogs, and all those sheep.John d...

The wonderful grandmother whom listeners saw through the eyes of a young boy in The Cookcamp reaches out to him when he is fourteen, offering him a haven from his harsh and painful family life. She arranges a summer job for him on the farm where she...

Heart of a Shepherd
by Rosanne Parry

When Brother's dad is shipped off to Iraq, along with the rest of his reserve unit, Brother must help his grandparents keep the ranch going. He’s determined to maintain it just as his father left it, in the hope that doing so will ensure his f...