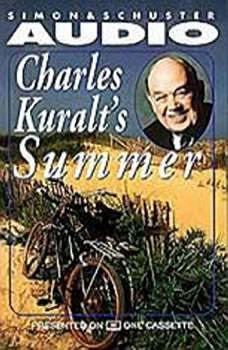 After almost four decades of life on the road, Charles Kuralt has visited every corner of the country, sharing with us his fascinating encounters with the people he's met along the way. Now in Charles Kuralt's Summer, he douses the heat with breezy tales of our most extraordinary summer celebrations.Drawing on pieces from his years at CBS News as well as new never-before-recorded material, Kuralt recalls some of his favorite summertime adventures. From Memorial Day in Gettysburg and tubing down a Wisconsin river to stone skipping in Mackinac Island and Fourth of July rituals around America, Kuralt captures all of the joyous sounds of the season.A listening treasure from one of our most beloved chroniclers, Charles Kuralt's Summer is like a cold glass of lemonade on a lazy, hazy summer afternoon.