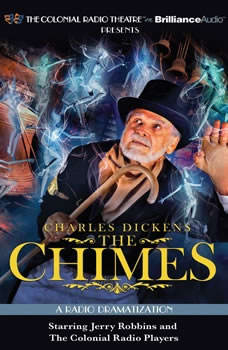 Toby Veck is a humble porter who has lost his faith in humanity. Then high up in a church steeple, where spiders spin their castles in the air, the spirit of the bells appear to take Toby on a New Year's Eve journey where he discovers all he has to be grateful for.