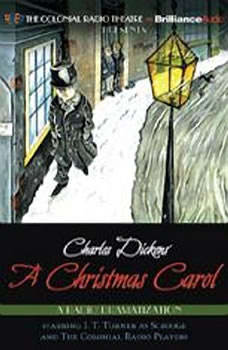 The Colonial Radio Theatre pulls out all the stops in this magnificent production of the Charles Dickens classic Christmas story! This full cast dramatization features a powerful music score — from the magnificent, booming opening of "God Rest Ye Merry Gentlemen," to the frightening tones of the Ghost of Christmas Future. This Colonial Radio Theatre production has been broadcast yearly since 2005 on Sirius/XM Radio. A holiday treat both you and your family will enjoy for years to come.

The most iconic love story of all time, Shakespeare's Romeo and Juliet is an epic-scale tragedy of desire and revenge. Despite the bitter rivalry that exists between their families, Romeo Montague and Juliet Capulet have fallen madly in love. But wh...