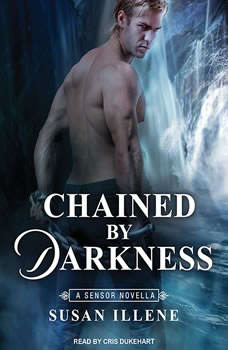 The longer a man lives, the greater the chance his actions will cost him in the future. When that man is an immortal nephilim, the misdeeds can really pile up. Lucas has paid for the crimes of his past for centuries, resisting any close relationship that might make his life even more difficult. Until Melena. Only she could begin to melt the ice shielding his heart, but then he was captured by his greatest enemies—angels. Now imprisoned in Purgatory, Lucas is awaiting trial for his latest crime and knows the verdict will not be in his favor. Lucas is resigned to the fact that his life might be over, but he fears that without his protection Melena may not survive for long. She's got her own enemies back in Alaska, and her mortality makes her easy prey. Whatever happens to him, Lucas must find a way to keep her safe. No matter the cost.Contains mature themes.