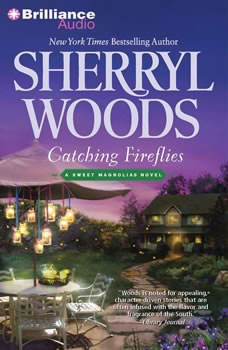 When bullying threatens to destroy a teen’s life, painful memories resurface for dedicated high school teacher Laura Reed and pediatrician J. C. Fullerton. With the support of the Sweet Magnolias, they bring the town together to ensure that a promising student’s future isn’t ruined. And to establish once and for all that bullying has no place in Serenity, South Carolina. Both J.C.’s and Laura’s passion for the cause is deeply personal, and their growing feelings for each other are just as strong. But with so many secret hurts to overcome, can these two vulnerable lovers find the strength to believe in happily ever after? “Woods always thrills with her wonderful characters, witty dialogue and warm and loving family interactions.” — RT Book Reviews