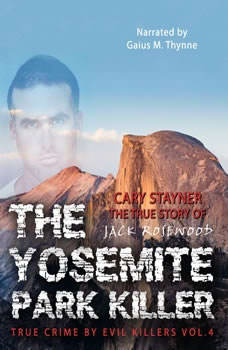 Cary Stayner: The True Story of The Yosemite Park Killer

While some would say that American serial killer Cary Stayner was influenced by family tragedy – his already-troubled family was shattered when his brother was abducted for seven years and held as a sex slave before his heroic return inspired the miniseries “I Know My First Name Is Steven” – in reality, Cary Stayner’s true crime story is much more ominous. The handsome, outdoorsy guy with a love for marijuana, nude beaches and the Sierra Nevada mountain range where he once spotted Bigfoot had been harboring fantasies of brutally killing women years before his brother’s abduction turned the Stayner family upside down. And in the annals of historical serial killers, Stayner’s story stands out, because for months he made one of the most beautiful places on earth a nightmare for women when California’s majestic Yosemite National Park became his own devil’s playground, and he finally found himself unable to control his long-suppressed urges. Because he didn’t look menacing, the man one FBI agent compared to actor Tom Laughlin in “Billy Jack” was able to gain the trust of his victims, and three vacationing women who were staying at the lodge where he lived and worked during the busy tourist season and a nature-loving teacher who help kids become stewards of the land she loved made that fatal mistake before they were savagely, sadistically murdered. The biography of serial killer Cary Stayner and his psychopathic crime spree leaves spine-tingling chills, because as far as the outside world was concerned, he was a fairly normal guy who found himself uncontrollably compelled to kill. Stayner has been on death row in California’s famed San Quentin for more than 10 years, but for the families of his victims, no punishment is just enough to make up for the vibrant lives Stayner took, making him one of the most depraved American serial killers in contemporary history.