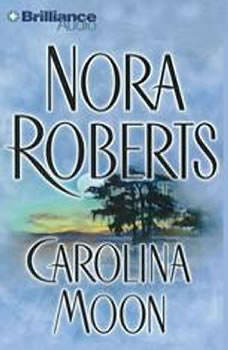 Tory Bodeen grew up in a small, rundown house where her father ruled with an iron fist and a leather belt - and where her dreams and talents had no room to flourish. But she had Hope - who lived in the big house, just a short skip away, and whose friendship allowed Tory to be something she wasn't allowed to be at home: a child. After young Hope's brutal murder, unsolved to this day, Tory's life began to fall apart. And now, as she returns to the tiny town of Progress, South Carolina, with plans to settle in and open a stylish home-design shop, she is determined to find a measure of peace and free herself from the haunting visions of that terrible night. As she forges a new bond with Cade Lavelle - Hope's older brother and the heir to the Lavelle fortune - she isn't sure whether the tragic loss they share will unite them or drive them apart. But she is willing to open her heart, just a little, and try. But living so close to unhappy memories will be more difficult and frightening than she ever expected. Because the killer of Hope is nearby as well.

This is the first Nora Roberts book that I read. It isn't the last. The fact that this book can combine romance, suspense, the supernatural, as well as old Southern charm is a tribute to the author herself. After reading this book, I rushed off to get another. This Southern Belle living in Yankee territory recommends it whole-heartedly.

Great book. I was enthralled, if a little spooked. I hate reading about seriel rapists and murders. It gives me the heebie jeebies, but I had to read it because Nora is my favorite author. I was not dissapointed.

I really enjoyed the plot twist and turns. However I did not like the narrator, there was no or little inflection in the reading. I think I would have enjoyed it more if I had read the book instead of listening. I will watch for this narrator and avoid. But the book was very good