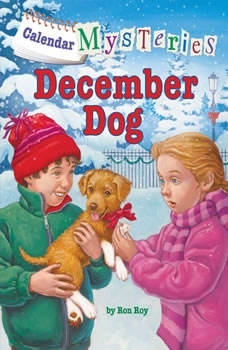 December is for Dog...

In the twelfth book of the Calendar Mysteries- an early chapter book mystery series -Bradley, Brian, Nate, and Lucy find a lost puppy on Christmas Eve. The poor dog was meant to be a present for someone. It has a ribbon with a tag around its neck, but the tag is ripped. Can the kids find out who bought the puppy or who was supposed to receive it?