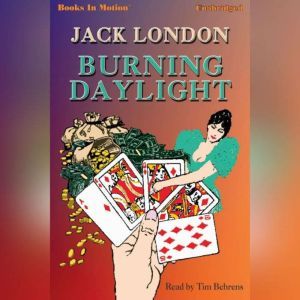 BURNING DAYLIGHT begins as many of London's finest works begin: with the depiction of a man blessed with physical prowess and keen perception who takes on the natural forces of the 19th century Yukon. Supreme gold miner, risk-all gambler, and unbeatable f