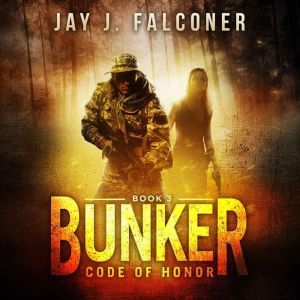 A Warrior Lives for Peace. Sometimes All He Finds is War.

When the perpetrators finally reveal themselves, Jack Bunker finds himself the target of a deadly manhunt. He’s all that stands between them and complete control.

Yet mortars, artillery, and machine guns are not the only threats Bunker must face.

News of an airborne pathogen spreads panic across the countryside, leaving everyone to fend for themselves, including Bunker after he’s wounded.

Eventually the citizens of Clearwater must make an impossible decision: resist with their lives or serve on their knees.

>>> From award-winning, bestselling author, Jay J. Falconer, comes another heart-pounding, post-apocalyptic saga you won’t be able to put down. If you love high-intensity thrillers, this book was written just for you.

Audiobook 3 of 5 in the Mission Critical Series. A 5-part completed serial.