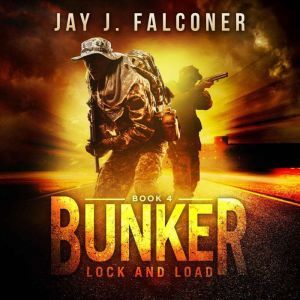 The insurgents rule of terror is complete. They control everything. Everything except a band of patriots who want their town back.

Reclaiming their home won’t be easy. Not against overwhelming firepower. But Jack Bunker is ready. He has the skills and training to lead them in an explosive battle of survival.

Victory will come at a steep price; however, when dark secrets are revealed, exposing some while protecting others. Treachery abounds as tempers boil, romance blossoms, and codes are deciphered, leading some to make deals with the enemy to settle old scores.

For Jack Bunker, trust soon becomes a luxury. So does time, when the grand conspiracy finally reveals itself.

>>> From award-winning, bestselling author, Jay J. Falconer, comes another heart-pounding, action thriller that you won’t be able to put down. If you loved The Sum of All Fears and Red Dawn, don’t miss this gripping tale that's been forged from current day headlines.

Grab a copy of book 4 today. It's time to get prepared. War has been declared.

Audiobook 4 of 5 in the Mission Critical Series. A 5-part completed serial.