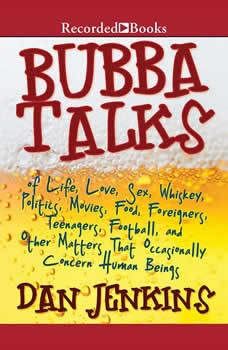 One of America's most acclaimed sportswriters, Dan Jenkins has won countless fans with his bawdy sense of humor. Bubba Talks is a series of reflections from the quintessential American redneck-a lover of hot ladies, football, cheeseburgers, and Firebirds.