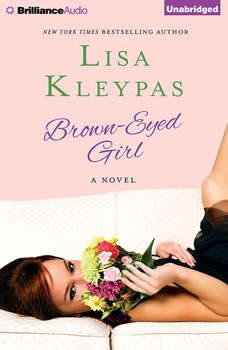 She’s a single woman in the Lone Star state.Wedding planner Avery Crosslin may be a rising star in Houston society, but she doesn’t believe in true love?at least not for herself. When she meets wealthy bachelor Joe Travis and mistakes him for a wedding photographer, she has no intention of letting him sweep her off her feet. But Joe is a man who goes after what he wants?and, at the end of the day, Avery can’t resist his charms.He’s a tried-and-true Southerner who won’t go down without a fight…A man like Joe can only mean trouble for a woman like Avery, and she can’t afford distractions?especially now that she’s been hired to plan a career-making wedding event. But when Joe makes it clear that he’s not going to give up that easily, Avery must confront the insecurities and beliefs that stem from a past she would do anything to forget. What is she willing to risk for a chance at “happily ever after?”“Swoonworthy and romantic. Brown-Eyed Girl is simply delightful and not to be missed.” —RT Book Reviews“Kleypas is a class by herself, and the conclusion to her Travis Brothers quartet deserves an A+.” —Booklist (starred review)