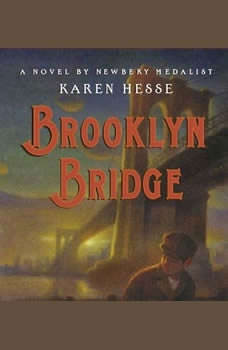 On that day in 1903, fourteen-year-old Joseph Michtom's life changed irrevocably when his parents—Russian immigrants—created the first teddy bear. No longer did the Michtom's gather family and friends around the kitchen table to talk. No longer was Joseph at leisure to play stickball with the guys. No longer were Joseph and his book-loving sister free from watching their pesky two-year-old brother. Now—when it was summer vacation and more than anything Joseph wanted to experience the thrill, the grandeur, the electricity of Coney Island—Joseph worked. And complained. And fell in and out of love. And argued. And hoped that everything would go back to how it used to be. All the while no one let him forget that he was lucky.Because—"There are other children. The unwanted, the forgotten, the lost ones. They gather under the bridge each night to sit, to talk, to sleep. They know, they know, they know that to everyone beyond the bridge they are invisible. . . ." These are the children who live under the bridge. The Brooklyn Bridge.Newbery medalist Karen Hesse masterfully entwines Joseph's coming-of-age tale (and that of his big, colorful family) with the heartbreaking stories of the children under the bridge. Riveting historical fiction that is by turns accessible and ornate, very real but with a touch of magical realism. Hesse's extraordinary new novel is an insightful reminder that a life—fragile and precious—can change in a moment.Brooklyn Bridge is a 2009 Bank Street - Best Children's Book of the Year.

Betsy hopes that whoever moves into the house across the street will have a little girl just her age. And the little girl who moves in is just her age. Her name is Tacy. She is very bashful, but she likes to listen to Betsy's stories—wonderfu...