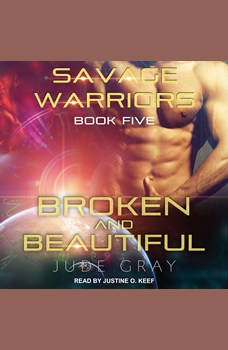 As I walk across the parking lot, my mind on another day of teaching third-graders, I'm taken. Abducted by nonhumans. Aliens. Monsters, one might call them. I certainly do. When I'm taken again-from aliens by aliens-my dire circumstances are worsened by an immensely irritating male named Jax. He is brutal, crude, arrogant, and obnoxious. Everything I dislike in a man. Apparently, he is also quite broken, and he thinks I'm beautiful. Me. How on earth am I supposed to resist him? I suppose on earth, I could. But we're not on earth anymore, and all bets are off. Contains mature themes.