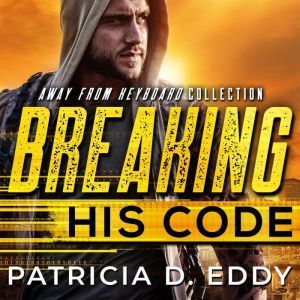 Series: Away From Keyboard #1

When love takes you down, it's best to just try to control the fall.

I'd rather be elbows deep defusing a car bomb than all up in anyone's feels, but civilian life is messy—and all I've got since one slip almost sent me home in a body bag. Now I debug lines of code by day and spend my nights with WestWind, a retired SEAL.

It's not what you think.

We're online gaming buddies, geeking out and trash talking to our heart's content. But now he wants to meet up. I'm weak enough to say yes, though there's something he has to understand. I handle my own stuff. I guard my heart. And I trust no one.

FlashPoint's irreverent mouth and uncanny gaming ability have been a welcome distraction from the cold-sweat nightmares that still plague me eight years after leaving the teams. And the fact that the latest fitness fads are killing my Krav Maga studio, forcing me to take on risky rescue missions to make ends meet.

One date with Cam and I'm on fire for more, but she's retreating back behind her keyboard—and her secrets. I'm willing to lay it all on the line to show her broken can be beautiful. But she has to be willing to reveal her raw edges—and trust that my own are a perfect fit.