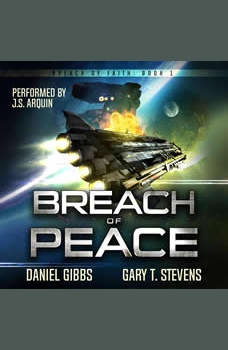 Everything is on the table when survival's at stake.

Captain James Henry is caught between a rock and a hard place – again. Merchant ships operating in neutral space near the Terran Coalition and the League of Sol are disappearing without a trace. The latest report has something the others didn’t.

When news reaches the planet Lusitania during a cargo offload, Captain Henry and the Shadow Wolf’s crew are hired to extract the surviving operative before she’s silenced and the information she has is lost.

But too many opposing forces are at work within the faction-torn republic – and they all want a piece of the prize.

With directives from multiple government contacts, Captain Henry concedes to protect his ragtag crew. Years ago, he surrendered to dishonor and dismissal from the Coalition Defense Force in order to protect his fellow officers. This time he knows how to play the game.

To save his band of brothers and sisters, Jim must walk a fine line between the operative’s survival and the threats against his crew from the League of Sol.

Before the time to negotiate runs out.