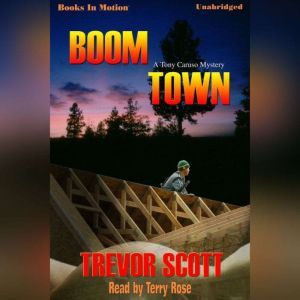 Private Investigator Tony Caruso lives out of his rolling office, an old Ford pickup truck, with his German-trained bomb-sniffing dog, Panzer, a Giant Schnauzer. Tony retired after twenty years in the Navy as an aviation ordnance man, but this training mi