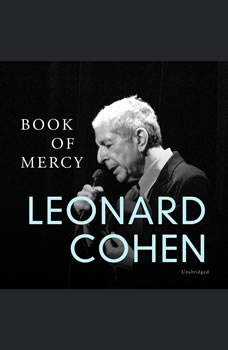 Internationally celebrated for his writing and his music, Leonard Cohen is revered as one of the great writers, performers, and most consistently daring artists of our time. Now available on audio for the first time, the poems in Book of Mercy brim with praise, despair, anger, doubt, and trust. Speaking from the heart of the modern world, yet in tones that resonate with an older devotional tradition, these verses give voice to our deepest, most powerful intuitions.