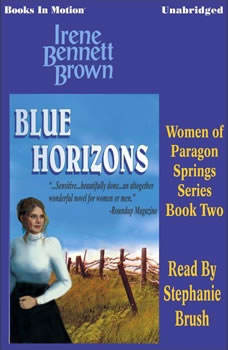 Meg Brennon knows that her new life at her road ranch in Paragon Springs, Kansas, can't truly begin until she severs all ties with the abusive husband she'd fled years before. Although fearful, she returns to St. Louis determined to find him and obtain a