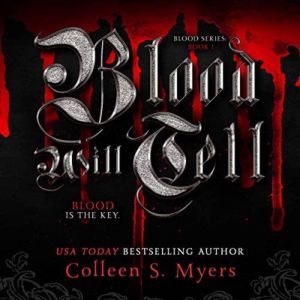 Blood Will Tell:The Blood Is the Key

Twilight meets Divergent. Unbeknownst to 18-year old Isabelle, her dad inserted a vital DNA sequence into her blood that made her resistant to the Immortalus virus, but unlocked other capabilities that prove to be the key to the war between the human and vampire race.