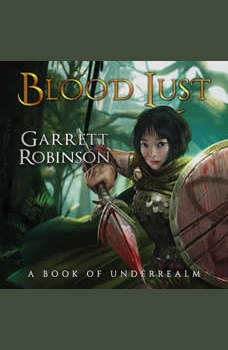 Blood Lust: A Book of Underrealm

Series: Tales of the Wanderer

In an unknown tavern in the kingdom of Dorsea, a young noble girl named Sun meets an old man: Albern, of the family Telfer, once the dearest friend of Mag.

Mag. The Uncut Lady. The Wanderer. Stories of her skill are known throughout all the nine kingdoms. But few know how her tale ended—and even fewer know how it began.

Stripped of everything she loved—her town, her home, and her husband—Mag sets off into the Greatrock mountains seeking revenge. Albern accompanies her, his only hope to keep her alive as long as he can.

But the Shades are not the only things lurking in the mountains. An ancient creature of unspeakable evil awaits them—and even the strength of The Wanderer may not be enough.

The fantasy novels of Underrealm have topped the bestseller charts again and again, and are hailed as one of the best new sword and sorcery series in years.TAKE YOUR FIRST STEP IN A NEW, EPIC ADVENTURE. DOWNLOAD IT NOW!
Recommended