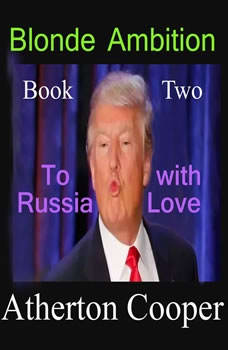 Every day, the man who would be king, President Donald Trump - makes another bizarre unsubstantiated claim - attempts to inact an illegal law, and launches a firestorm of tweets against his critics. But this is just the tip of the iceberg. The 10% we see. In this no holds barred book, investigative journalist Atherton Cooper dives into the murky waters below the surface of the Trump iceberg to reveal the 90% - the donald will never tweet about.

He wants the World to think he's a winner. Because in his heart - he knows he's a loser. With very few exceptions, the business career of Donald Trump is an unbroken string of failures. Legally. Ethically. And morally. In this fact filled book, inv...

Serial Killers Encyclopedia: The Book Of The World's Worst Murderers In History
by Martin G. Welsh

"When I killed people I had a desire. This inspired me to kill more. I don't care whether they deserve to live or not. It is none of my concern...I have no desire to be part of society. Society is not my concern." (Yang Xinghai, The Monster Killer o...

He lies. He contradicts himself in the same sentence. He lacks concentration and focus. He believes he know more than the experts around him. He - is the President of the United States. And - according to virtually every mental health professional -...

Blonde Ambition - Book One - Married to the Mob
by Atherton Cooper

Every day, the man who would be king, President Donald Trump - makes another bizarre unsubstantiated claim - attempts to inact an illegal law, and launches a firestorm of tweets against his critics. But this is just the tip of the iceberg. The 10% w...