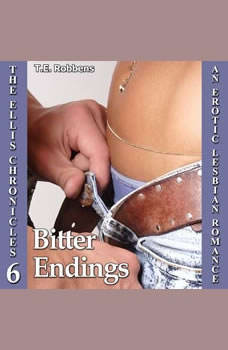 Bestselling author presents...Note: This book contains some mature lesbian sex stories, sexual situations and explicit language. Recommended for ages sixteen and up.This is book 6 in The Ellis Chronicles.Book Excerpt:Katie asked again, "Who were you talking to? Ellis... I'm worried about you and don't want to see you get hurt."Ellis turned toward her pushing her aside, telling her, "No one could ever hurt me as bad as you did by screwing around with Pam."Katie caught Ellis by the arm spinning her toward her, causing them to come only inches from each other. Ellis started to protest but couldn't seem to get the words out of her mouth with Katie's lips that close to her. Katie seemed to be shocked by the closeness too, and as she leaned in to kiss Ellis they immediately fell into each others arms. Ellis pinned Katie against the wall as they kissed, and her hands began exploring the body of the woman that was her lover for over three years.Katie moaned under her touch and wrapped a leg around her pulling her in as close as she could........