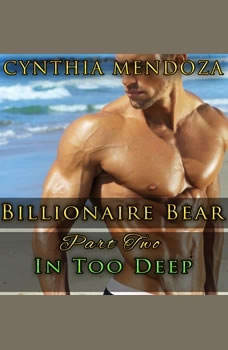 A secret agent vacation to Italy gone wrong... The third part of an exhilarating 4 Part Series...read the Prologue and Part 1 first to catch up on all the action! Blair's secret is about to be exposed once and for all. If sexy Russian Alexei didn't know he was sleeping with the enemy, he will soon. As the two of them are struggling to escape the Italian werebear mafia, Blair's secret may be exposed right as she needs help from those she's been trying to capture for years - the Russian werebears. What will happen to the twosome once the truth comes out? Will Alex fight to save his lady love or will he kill her to please his father? Even Blair isn't too sure of what will happen. Problem is... She's too far in to really do anything about it except follow her heart and hope she doesn't end dead. There's nothing more alpha than a powerful Russian billionaire bear shifter. Are you ready to try something a little more "alpha" than you're used to? Don't worry, I won't tell a soul. ;-) Grab your copy today!