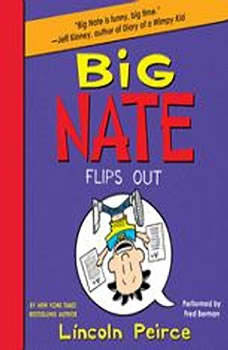 "Big Nate is funny, big time!"—Jeff Kinney, author of Diary of a Wimpy KidBig Nate is going for broke in the fourth novel in the hilarious New York Times bestselling series by Lincoln Peirce! This time, Nate and his friends are in the Ultimat...